As I type this entry my mother is preparing for her first of many chemotherapy infusions. Chemo-therapy, chemical therapy. And later we may try radiation. It sounds so crazy. Especially after the last two years of people screaming over radiation risk and mutant bees and fish and inedible cucumbers and even today people asking if I am really comfortable drinking the water in Tokyo. Now my mother is putting toxins into her body intentional and will likely zap it with some radiation as well.

I found a strange way of embracing these poisonous methods. Years ago when someone’s body fought off disease by heating up, many doctors believed the heat would kill the patient and would bleed them. We’ve come to realize that it is actually the bodies ingenious design. It will heat up until the intruder is gone or dormant and then return to normal. People have died of fevers, but many more died of bleeding out and among them may have been people who could have lived through the intruder but not the doctor’s knife. I guess I see chemotherapy as a man-made evolution of that natural defense of the body.  So that is how I see it, accept it, embrace it.

I hope that I will come to thank chemotherapy and the great doctors at Mayo Clinic years from now when my daughter still knows her grandma.  I like to think that way, that the extended time is real and can be long, but I know that even a few years would be a true blessing (as have the 31 years I’ve had with her already! Surviving childbirth is another thing that humans have improved on!). I suppose I should be grateful even to see my mother again at all, or that I could have the knowledge of her illness to cherish each conversation a little more. I am so grateful that she had the sense to get her body checked out at the first sign of suspicion. If she hadn’t discovered the cancer, she may have died suddenly in a matter of months with no more symptoms than a smaller waistline and some mild cramps.

On the other hand, now she may suffer and still not have extended time. I appreciate the time for closure, but I don’t have any regrets and though we’ve had our share of fights and we still bicker on occasion, my mother knows how much she means to me and how much I admire her (she taught me to be open and celebrate the things I have and the people I love and let them know). So, if we could see the future and know that this treatment won’t work and will just give her the same time with more pain, vomiting, hairloss, lethargy and God knows what else, maybe we would look back at the great times we had the month before she was diagnosed and say, “Ignorance is bliss”. But she has decided that even though that is possible, the possibility of that is the bet she has to place on a longer a life. Though doing nothing might result in less pain, it is a much more certain and near death.

I can’t get over how amazing my mother is and how well she is handling everything. She has such a lightness of being about her current prognosis. She is so upbeat and positive. I am so incredibly amazed by her and in awe of her strength and positivity. I KNOW positivity and calm are probably two of the best natural medicines for this situation, but if I were in her position, I fear I couldn’t keep it up like she has, just taking it all in stride. I want to quote an email she sent a couple days ago as a PostScript to another email about her morning plans:

I DID just realize that I can’t have a protein drink in the morning.  Can’t have anything until around noon or later when they put the port in!!!!!   EAT EAT EAT Starve starve starve.  Follow directions.  Follow the yellow brick road.  I do feel a bit like I fell down the rabbit hole.  Need to read Alice in Wonderland again.  Didn’t she get small & then big.

Don’t worry.  Your mom still has a grip on reality.

I can hear her saying it and almost crossing her eyes as her head rolls in a circle and her tongue comes out crooked. In fact, I know exactly where I have captured that face in an image, but I will keep that image to myself and those who can picture it. 🙂

So, as my mother sits down in the room that will become all too familiar and she hooks up to those medicines for the first time, I pray that it is just the right balance of poisoning the intruder and sparing the host. I also pray that whatever happens, she never regrets fighting. Actually, I am confident she won’t. So what I really mean to say, if I’m honest, is that I pray cancer doesn’t give me the chance to resent that she fought so hard and lost some good time. She must live and get some more good time. I really want to hug her again and see that goofy expression and let my daughter be held by her grandmother. I am praying for her, but I am really praying for all of us around her…

Poison the host, stop the parasite, save my mother! 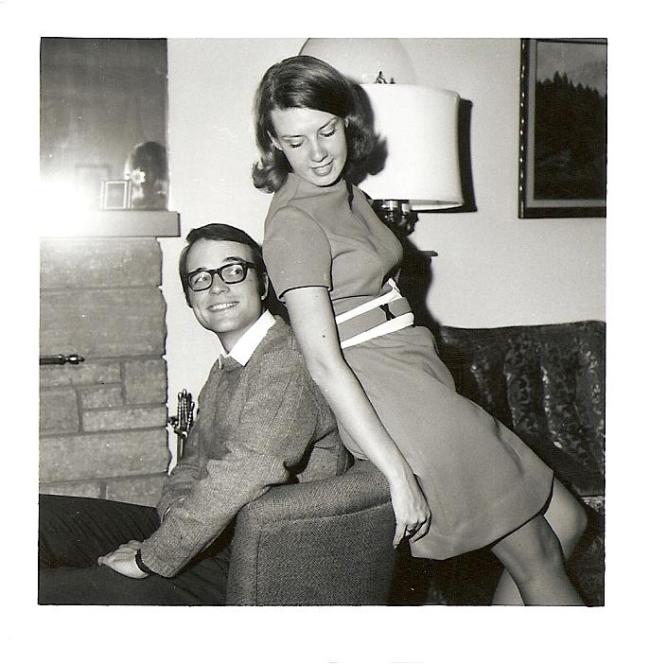