Well it didn’t stop at lunch, or dinner, or overnight. It is still snowing in fact, but only sprinkles now. We guess it is around 15 inches and after posting this, I will search for the best snow report online for Madarao (so far I like Tokyo Snow Club, but looks like forecast only and I need someone to tell me how much we have now). 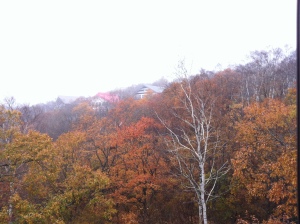 I am told that this is early for heavy snowfall and usually the first signs of snow are in mid to late November. That’s why our natural ski hill doesn’t open until the 2nd or 3rd week of December and I am hoping that Crawfish Madarao Lodge will be ready to open then, too!

My husband is running around with his head spinning about all the preparations he did not do, emotionally and physically. The most notable being snow tires and moving the woodpile to the shed (oops!), but there is so much more than that. He keeps repeating, “This is it. Snow until April – just snow!” The words are the same over and over but the tone shifts from despair to enthusiasm.

As a Minnesotan who longs for the winters of my childhood, this early blast gives me energy and calm at the same time. As we explore our new winter wonderland, I explode with all the things I have been telling me husband about snowy climates that make them better than his native Tokyo – “See, it is warmer than freezing rain in Tokyo! Snow is simply warmer!”

Don’t misunderstand though, I am not the reason that we are taking on this mountain endeavor. I thought our getaway should be near the ocean: somewhere near Izu perhaps. He felt the same, but much like how my husband picked the location for his music livehouse in Tokyo, he was spending time with my international friends: foreigners who have made Japan their home, when he switched from summer to winter. It was a cool breeze on a sunny day with warm reflections off the snow. Our dog pranced and leaped through snow powder and the wood stove warmed the kitchen already filling with the smells of a slow roast. He’d been to this beat up home that we all called Serenity several times in summer and winter. I can’t be sure his exact thought process, but I can guess that he realized that mountains have appeal year-round and the rugged winter life was a challenge more appealing to him as well well. From then on, his fantasy property shopping shifted from Izu to Nagano and a year and a baby later, we are here!

So, it’s snowing and he is seeing a whole foot in one day for the first time in his life. As he shoveled around the car, I had to laugh, “First time?”

“no, no, I’ve shoveled snow before in Tokyo.”

I LOVE IT! Thank you, snow! 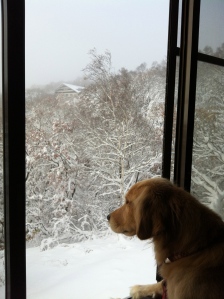 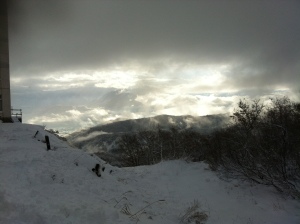 We rock the pair look as we transform this humble mountain abode into Crawfish Madarao! 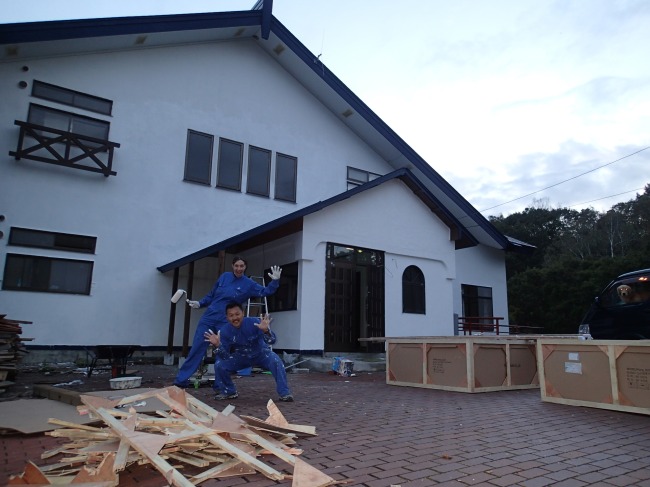 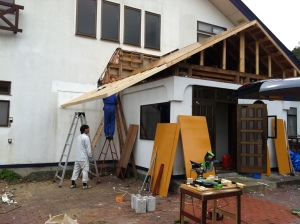 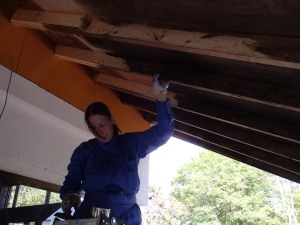 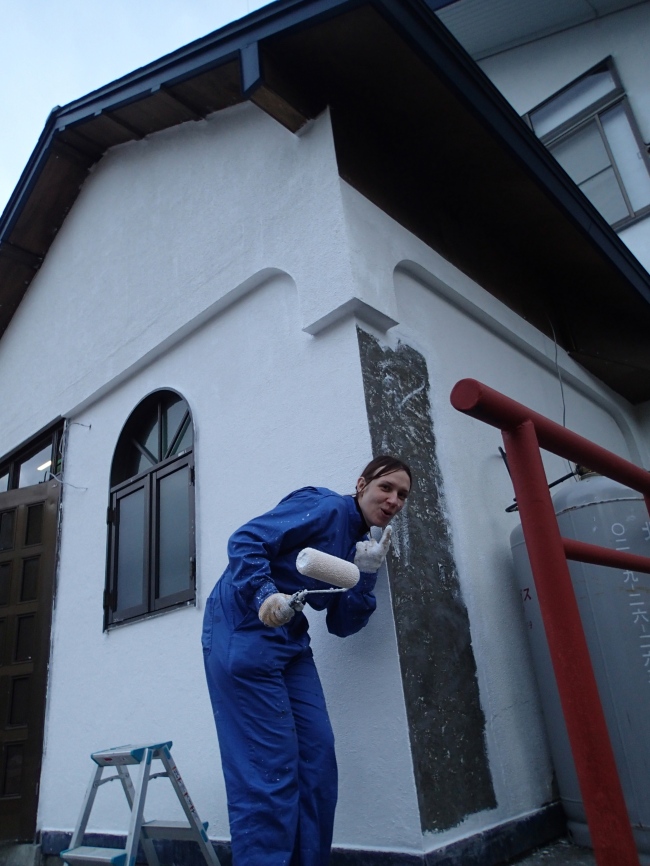 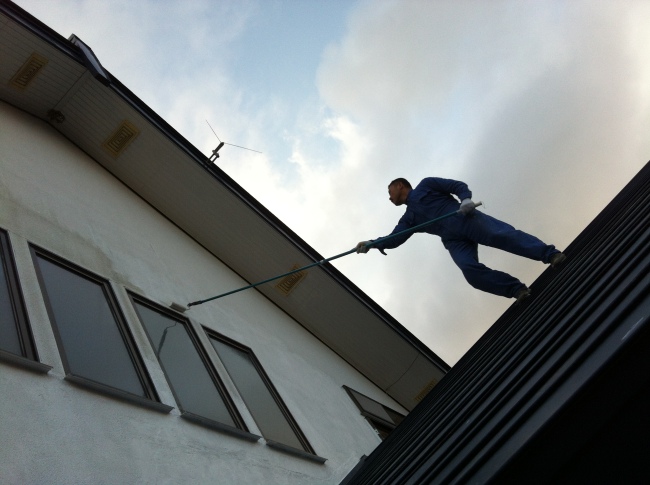